Is our land suitable to build on?

The pitfalls of planning permission to build houses and sequential testing. So, who would buy a house not knowing there was an acre of paddock and woodland attached?? Wellâ€¦. It appears for us! 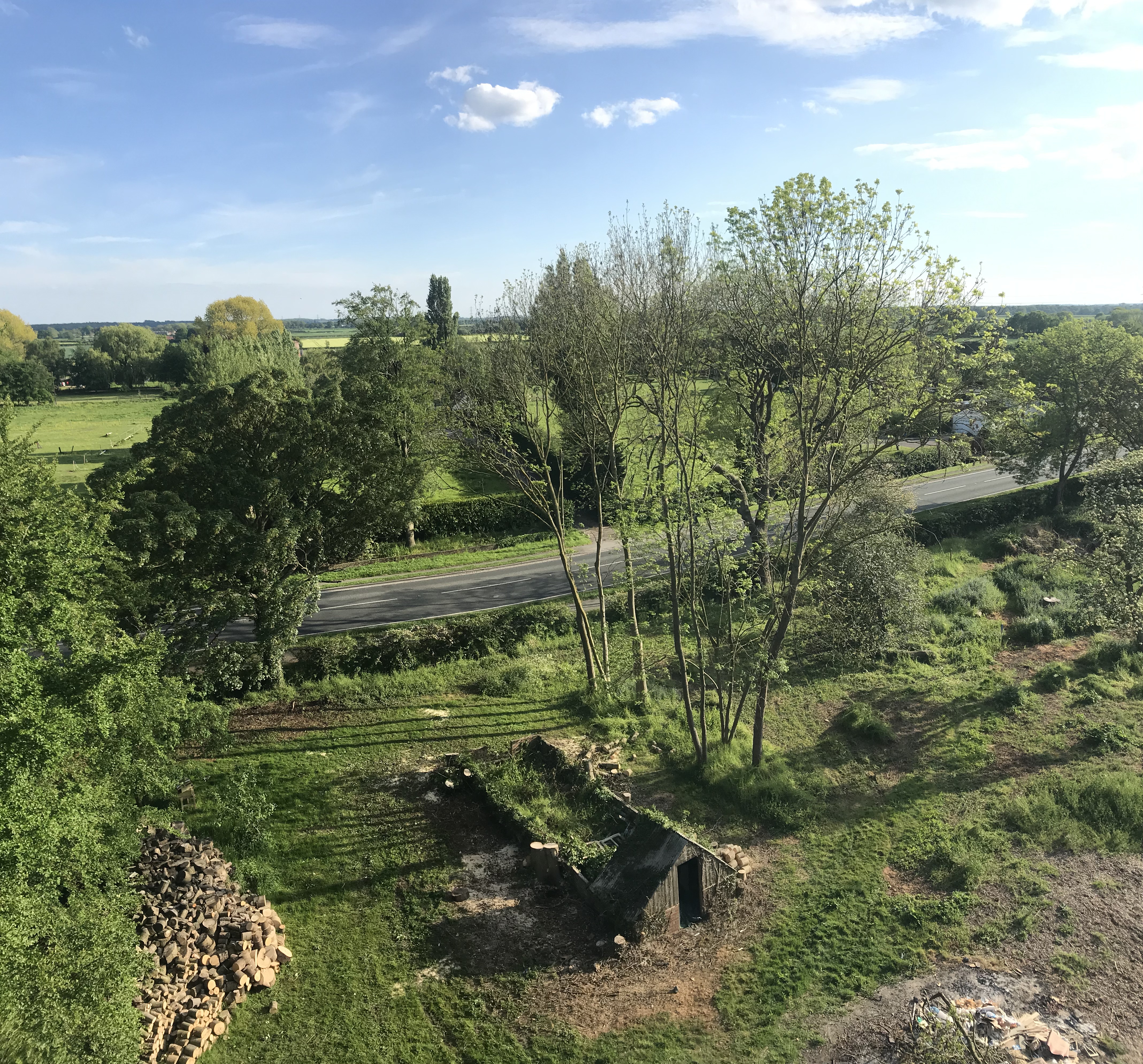 Advice on how to check how I was able to prove our land was suitable to build on.

In 1993, after a long search, we put an offer in on a deteriorating, repossessed house and were initially refused. However, after renegotiating we finally managed to buy Fossdyke House in the farming area of Lincolnshire. It was only when signing the final paperwork that we realised we had an additional acre at the bottom of the garden; overgrown and seemingly unusable at the time. 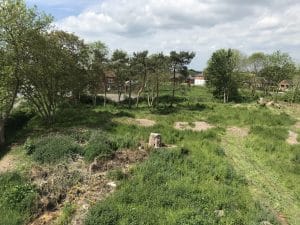 Getting the right advice for planning application and flooding

Over the years, this area served many purposes from renting out the land for horses, a great area for our young boys (at the time) to build a bike track, and later dens, tent sleep overs and for me, a haven to walk the dogs, Sam and Stanley. It was during these walks that Martin (my husband) and I would dream of building houses on the land. Our first attempt of planning permission in the late 90s was met by the architect saying it would never happen as we were out of the village curtilage. A few years later this was dismissed when the speed limit dropped, and the curtilage signage moved further out of the village. In 2000 we attempted again only to be advised that West Lindsey was now a floodplain and as the land backed onto the Fossdyke Canal we would not be considered.

It was by chance at a trade show that we met a developer who specialised in building floating houses on the Thames and Netherlandsâ€¦..a bit of an extreme difference I know, however he agreed to look at the site and through a meeting with the head planner in our area we were able to prove the risk was low (things were looking up!).

Armed with this document we searched for an architect that would have the same mindset. It was when I was supporting our local construction event for young people, that I was taken on a building site for eco houses, and through that link I was introduced to Gary from http://www.sga-llp.co.uk SGA architects; he was keen to work with us.

What was our inspiration-Centre Parcs Sherwood

Our inspirations for the houses came from many visits to Sherwood Centre Parcs with the wooden clad buildings and tree houses set amongst the trees. We loved the idea of the main living spaces being up in the tree canopies, so when plans came into motion, Martin and Gary worked together to make this the main feature in the home designs. However, we were later to discover this was the easy part. 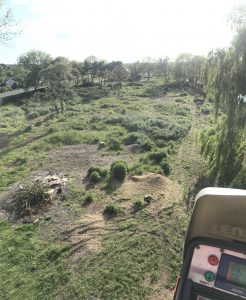 Sequential testing, what does it mean?

Sequential testing is a government/ plannerâ€™s tool to help them make a decision on whether a piece of land has little or no risk of flooding in comparison to other areas known to be a high risk. So was our land suitable to build on? We submitted our designs now to find, due to a new clause from government to prevent building on flooded land called sequential testing, we would probably be refused (I am feeling disillusioned and frustrated at this point, as you can imagine!). Why was this so hard??

We were visiting Cornwall and my main wish was to visit the gardens of Heligan. I picked up some books written by Tim Smit (who found the gardens) and also developed the Eden Project. His journey to get planning was long and arduous, however his patience and belief that he could make it work, was infectious and he became my biggest inspiration. I even started quoting his achievements each time we had a meeting about our site! I wanted the planner to feel that creating beautiful spaces and buildings was important to our city; I felt sorry for him by the time he left that meeting!

Due to the fact the site was unusual our plans were forwarded to full council and we were scheduled just before Christmas 2017 to put forward our case. Armed with beautiful illustrations of the six Eco houses, along with brief information on why we felt this would be great for the village, I was hopeful that we would get permission although I was extremely nervous about whether I would get my message over in such a short time. The plannerâ€™s case for sequential test was strong for West Lindsey District even though I was able to prove our land was very low risk of flooding and that the houses would be built with this in mind. Thankfully our local councillor has lived in the area for over 40 years and agreed with our information about the land and it being low risk. He suggested a site visit and another meeting the following month.

A month later and I am standing in the same hall with another five minutes to present our case. This time I had researched all the factors that local government stipulated in their flooding documents to support our land was low risk including details from the survey completed many years earlier based on UK flooding statistics. My heart leapt when we had a unanimous vote in favour, with added comments from many councillors that the project looked beautiful and they were excited to see the project in motion.

After twelve years of dreaming, researching and proving that â€śyes our land was suitable for buildingâ€ť, we could celebrate what was the first stage in the long journey to build our Eco houses.

Top seven tips I learned whilst applying for planning permission

If you are reading this wondering whether your own land is suitable for building, these are the things I have learnt from my mistakes:

– Check the land is not on green belt areas that restrict any building.

– Ask planners questions especially if they are suggesting planning will not be consented. By having clear answers as to why they may refuse consent, will give you starting points to argue your case.

– Research is key, google and collect evidence to support any areas that planners may question.

– Be passionate about your project and give clear drawings with evidence of what you are proposing to build.

– If you are to present your plans to council, you will have strict time constraints. Rehearse to get your confidence and know you will be within the allocated time. Try not to rush, however nervous you are.

– Dont  give up!! Sequential testing is a government/ plannerâ€™s tool to help them make a decision on whether a piece of land has little or no risk of flooding in comparison to other areas known to be a high risk.